Since opening up as a pop-up shop during 2020, Edith’s Eatery and Grocery in Williamsburg has embraced Jewish food from all over the Diaspora. The brainchild of Chicago-born Elyssa Heller, the store and restaurant is a celebration of Jewish cuisine outside of the narrow lanes of traditional Ashkenazi or familiar Israeli menus.

“People seem really open to the idea of a more inclusive perspective on what Jewish food can be,” Heller said in an interview. “No menu leans too far in one direction of the Diaspora. We want to make sure there’s equal representation all the time.”

Heller develops menus by talking to customers, tapping into childhood memories, and rifling through the works of Jewish cookbook authors like Joan Nathan and Claudia Roden. For Passover, the store was selling its version of charoset, as well as sweet and sour meatballs, matzah brie with creme fraiche and fried onions, and chicken consommé with matzah balls. They also turned the back bakery into a halva bar for the holiday, featuring matcha, pistachio, and marble flavors. (The shop is not under kosher supervision.)

Named for Heller’s great aunt, Edith’s has grown steadily, operating a sandwich counter since last summer and, as of this past January, a full-sized market and 25 seat restaurant nearby. The grocery shelves are stocked with hard-to-find items from around the world — spices, snack foods, pickled vegetables, appetizing items, dips, pierogies and more. The back of the store serves as a restaurant.

Heller’s plans for growth haven’t stopped yet. Next month, Edith’s Eatery and Grocery, located at 312 Leonard Street, will open for dinner, featuring Roman Jewish handmade pastas, dessert kugel and North African curry. “I don’t think I’ve been more excited for anything. We’ve been working on the menu for almost a year,” Heller said.

The New York Jewish Week caught up with Heller to talk about the restaurant’s success, what it means to serve “Jewish food” and how New York serves as constant inspiration.

The interview has been lightly edited for length and clarity. 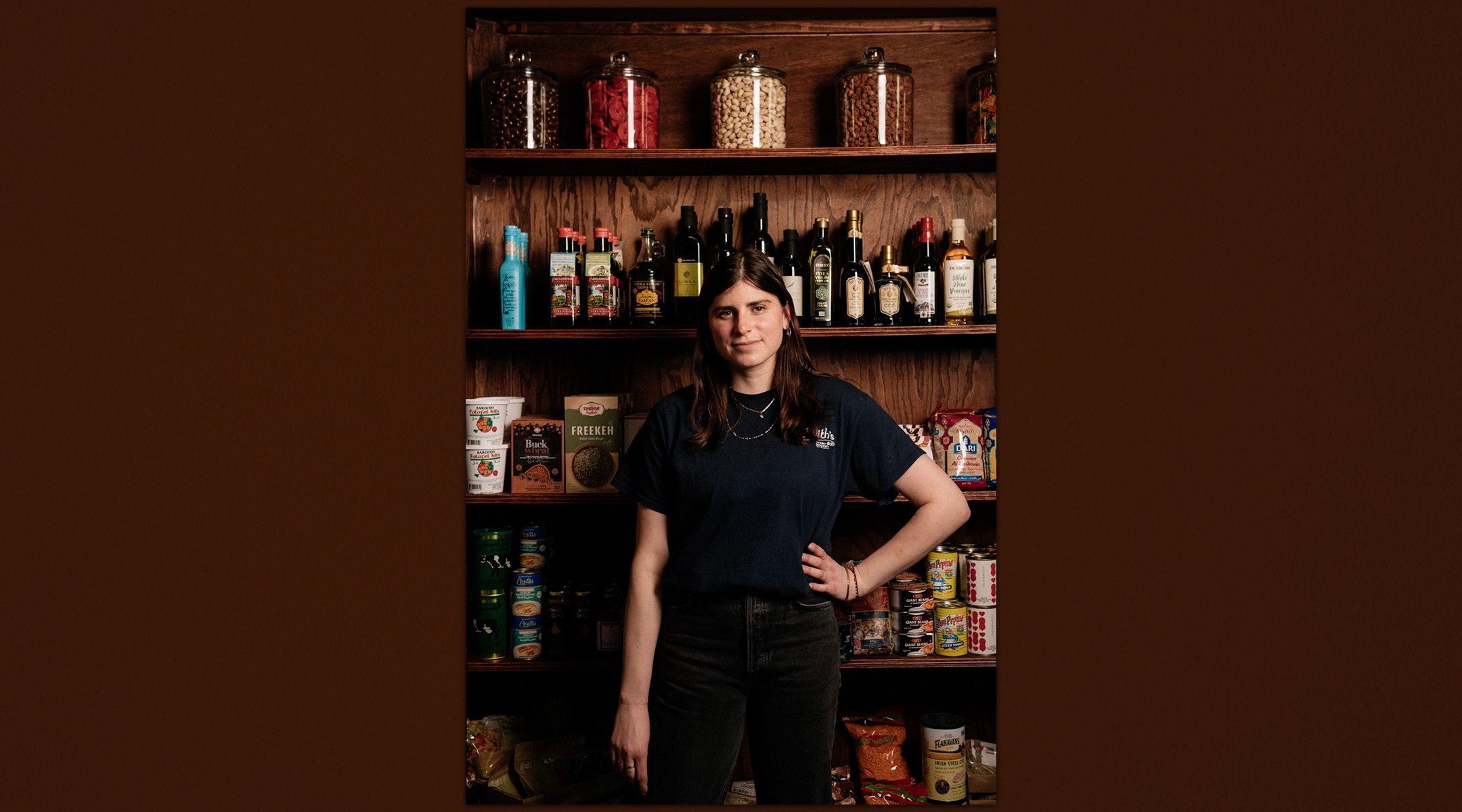 Elyssa Heller, the founder of Edith’s, named the store after her aunt. (Teddy Wolff)

New York Jewish Week: You’ve been fully open since January. Do you feel like it’s become a community space in any way? Because you offer so many foods from so many different cultures, do you feel like that diversity is reflected in the people who come in as well?

Elyssa Heller: A lot of the foods that we carry are not easily found in this part of the city or even in Brooklyn. For a lot of things that we carry, I have to go down to specialty grocers in Brighton Beach or Astoria. I think it’s nice to bring these foods to a new community of people who might know and love them in a restaurant setting and not realize that there’s an opportunity to incorporate them into their day to day life. I’m really hoping that it becomes this kind of community place.

Jewish food for me has always been more of a special occasion, or a holiday. My family never ate Jewish food every day, so I wanted to create a space that feels like you can come here every day, whether it’s for a coffee or a glass of wine or a snack or to work on your computer during the week or have fun on the weekend. It’s kind of a little something for everyone, every day.

What does it mean to have a Jewish restaurant? Does it feel like a specialty store or are you trying to make Jewish food from around the Diaspora more normalized?

I feel like the food that’s out there in the landscape today is really Jewish delicatessen food or Israeli food. Then there is this gap in between with nothing. I’m hoping that with Edith’s we can fill that gap with Jewish food from all over the Diaspora that’s approachable and comforting and familiar to people, because no matter what your background is, you find a lot of similar dishes and similar cooking methods and across different cultures — like how everybody has a dumpling. There’s so many different types of dumplings.

Our nonprofit newsroom depends on readers like you. Make a donation now to support independent Jewish journalism in New York.

When The Infatuation listed our new eatery and grocery as a Jewish restaurant, I had never seen that before. Restaurants are either categorized as a deli or maybe Israeli food, or location-based, like Thai food or Mexican food. I was so proud to see Jewish food. I was like, “this is how people see this new location.” That’s a really powerful thing.

What have you learned about connecting different Jewish cultures throughout the Diaspora in this restaurant that you weren’t expecting?

People are excited that there’s a space for all of these different types of Jewish foods. Mizrahi Jews, Sephardi Jews, everybody has their own Jewish experience. Mine growing up Ashkenazi was obviously very different. But people seem to really embrace it. We get a lot of people who have different Jewish backgrounds. One of our customers is an Afghani Jew. He shared some of his family recipes with me and we were able to have this wonderful conversation and I was able to learn a lot. Without having all of these food and all of these conversations happening in one place that never would have happened. I think it’s important to celebrate the Jewish experience, no matter where you come from.

I was nervous that my Jewish experience was maybe “less” than someone else’s Jewish experience, just because it was a more American experience. My family came from Poland and from Russia and they wanted to be American. They couldn’t get work as Jews so they changed their last names. When I was growing up, my mom was making me noodles and cottage cheese while driving me to volleyball. I think there’s equally a space for those types of Jewish experience with food as there is for other Jewish identities all over the world.

How has New York influenced your restaurant and why is it important for New York to have a place like Edith’s?

The New York Jewish food experience and the New York Jewish [experience] in general is pretty unique. But New York is the best representation of a true melting pot, for one because everybody is on top of each other. So many amazing traditions were born out of the Jewish immigrant experience being in New York and coming through Ellis Island. So no matter what, that permeates a lot of our current food traditions today. 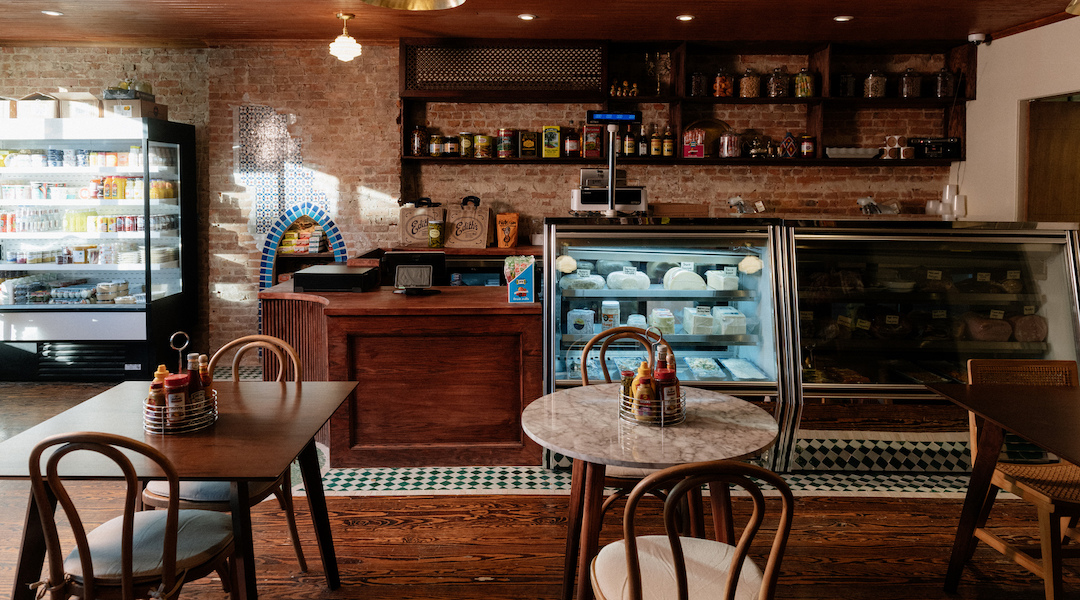 Growing up in the suburbs of Chicago, my view on Judaism was very one-note. I learned what I learned in Hebrew school, I learned how to read the Torah, I had a bat mitzvah, and it really stopped there. It wasn’t until I went to school in Canada and met Jews from Montreal for the first time that I was like wait a minute, you guys have different cultural experiences than me and different food traditions and you speak a different language but you’re still Jewish. We didn’t learn about different cultures in Judaism at all growing up. I think that there needs to be an inclusivity of everyone’s experiences, there should be a place for people to celebrate that and to bring their identity to the table.

‘All mothers care for their daughters’: A traditional Korean dish honors motherhood through children’s birthdays